Army veteran turned Northern Bootcamp trainer Dan decided he wanted to raise money for a charity with great personal meaning – the problem was he wanted to do something different from a traditional bake sale!

The aim of his mission? To honour The Royal British Legion for their life-changing work with army veterans of recent conflicts, and to pay homage to the 100 year anniversary of WW1. 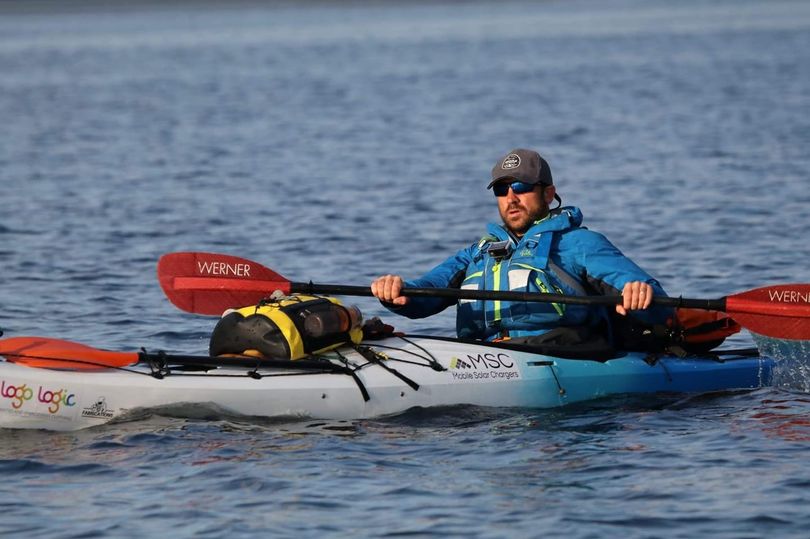 Avid kayaker Dan decided to base the challenge around his skills and kayak from the top of Scotland to the border of England – but upon speculation it became clear this journey had been done many times before.

“I think you should do the whole lot, all the way down!”

After some reconsideration and the go ahead from Caroline, Dan decided on a larger adventure: to paddle the length of Britain! With a personal goal of 60 days to complete his journey (and after some careful planning) Dan set sail on the 29th August. 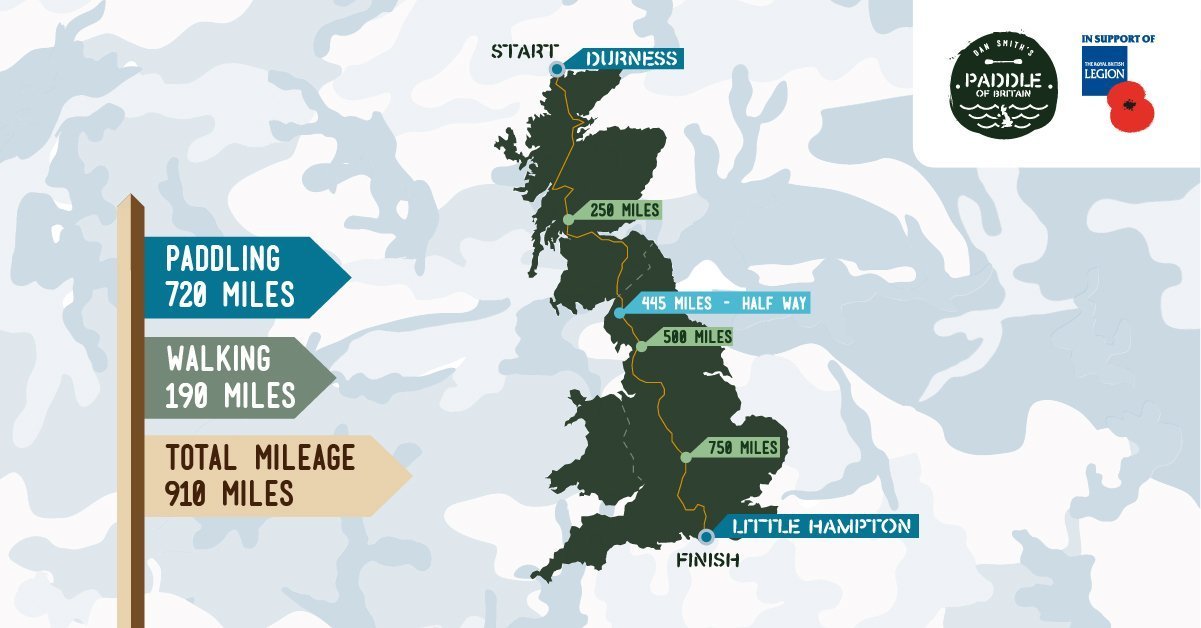 Throughout the journey Dan faced numerous obstacles – whilst trekking over bogland the wheels designed to help carry his kayak became caked with mud. Dan had to drag his kayak without help for 6 miles against strong Scottish winds.

On one of the strenuous evenings, stumbling upon a shed with a working fireplace made everything seem ok again. During the darkest times he took solace in travelling alone and claiming another person would have been the devil on his shoulder.

There’s no denying the process was grueling – dragging his kayak for 190 miles and kayaking for 720 miles – but the highlight was seeing his family waiting for him at the finish line.

In 52 days, Dan completed his journey, smashing his personal goal of 60 days!

Going forward, Dan hopes to inspire other people to take the plunge and “smash their limits for a charitable cause”. Dan remains humble, thanking his own friends in the military who’ve endured and conquered challenges of their own and the work of The Royal British Legion.

The team at Northern Bootcamp couldn’t be prouder of Dan. He is proof that if you set yourself a personal challenge you can achieve it – even if there’s a lot of obstacles on the way!