What do you need to #BreakUpWith? #Valentines

We all have negative influences in our lives, which impact our health, fitness and wellbeing – whether it’s bad habits, a love of cakes and takeaways or just an occasional touch of laziness.

Which is why we launched our #BreakUpWith campaign – because it’s time to give that stuff the boot!

#BreakUpWith is a playful antidote to the mountains of gushing, lovey-dovey stuff we are bombarded with at this time of year. So instead of declaring your love for something, why not break up with something that’s bad for you?

We have written some break-up letters to some of the worst offenders – as illustrated with our fantastic graphics below – but really, this campaign is about you guys.

Let us know what you want to break up with – or what you have successfully managed to ditch. And don’t forget 0 this isn’t just Lent we’re talking about here, we want to see people make permanent changes to the lives that will make them feel brilliant.

Check out our Twitter and Facebook feeds for more information, and let us know via those channels what you’re going to #BreakUpWith! 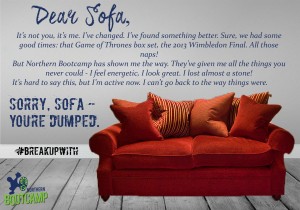 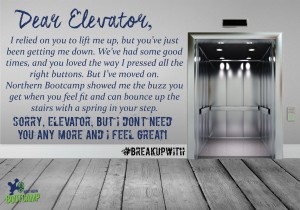 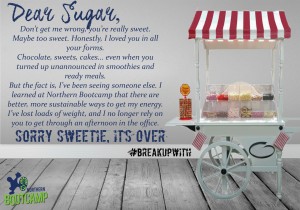 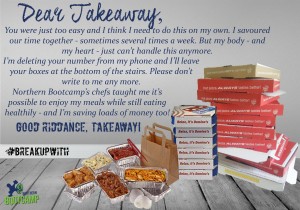