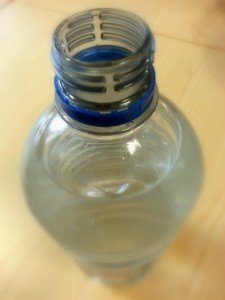 It can be hard to make major changes to your diet and lifestyle at the best of times, but when there are major social spectator events such as the World Cup and various Festivals taking place throughout the summer, it can be harder still.

So now the summer is winding down, why not start to look at what you’re drinking? Chances are, most people are drinking too much of one thing – alcohol – and not enough of another – water.

Alcohol simply isn’t the friend of anyone who is trying to lose weight and get fitter. There is research to suggest that occasional alcohol, such as red wine, can have health benefits, but by and large, the less you drink the better.

Pints of lager, cider and beer contain masses of calories and even a small glass of white wine is the equivalent to a Mars Bar!  These are empty calories, that don’t add value nutritionally and further more will dehydrate you.

Losing just 2 per cent hydration can affect your performance both physically and mentally.

By not drinking enough water we can also be at risk of dehydration, particularly during summer and this current heat wave when we sweat far more than normal.

Of course, this loss increases further when you are exercising – people usually lose a litre per hour of exercise, often more.

So make a point of drinking as much water as you can – keep a one litre bottle at your desk and drink small amount frequently. It’ll keep you hydrated, help avoid headaches, and you’ll function better at work.

In a nutshell? Anybody can be forgiven for taking on a little more alcohol while the world cup is taking place, but now it’s over, make a change. Reduce your intake and drink more water. You’ll love the results as you perform at 100 per cent capacity.