Don’t fall for the weight loss clickbait: there is no magic secret

We’ve all seen them: those adverts at the bottom of certain websites that promise miraculous weight loss solutions that ‘doctors don’t want you to know about’.

It seems too good to be true – and it is – but the links are so tempting, and thousands of people every day will fall for it. This book claims to have sold 6million copies – it’s really upsetting! 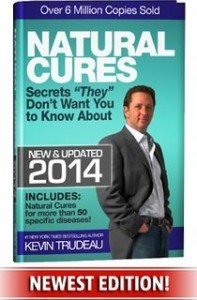 It’s not worth clicking these links for two reasons:

The BBC recently ran an article in which it conducted a controlled experiment to see if there was any truth behind one of these fads – in this case, the theory that drinking lots of milk could help you lose weight. Spoiler alert: it doesn’t.

To save you clicking the link, there were four groups of people, given instructions as follows.

Group 1 did proper exercise every day. Group 2 did sit-ups every day. Group 3 tried the ‘magic’ internet solution – drinking three glasses of milk a day, while group four conducted strict portion control. They could eat what they normally did, but in smaller amounts, while avoiding snacks.

At the end of the six weeks, the exercising group lost some weight, and were much fitter (lower cholesterol, lower blood pressure, felt better, etc). The sit-ups group had lost an inch from their waists, but that was more to do with improved core strength and better posture. The milk-drinking group – predictably enough – failed to lose weight. However, they didn’t gain any either, mainly because they are likely to have been less hungry because of the amount of milk they were drinking.

The final group was the most interesting one: the group that exerted control over their portion sizes was the group that lost the most weight – around 3kg each over the six weeks.

The article claims they used the ‘hand’ method of portion control – more on that in a later blog. They didn’t even need to change the food they ate and achieved such great results.

It’s fascinating because people are always looking for short cuts to achieve weight loss and to live healthily – which is why the clickbait headlines are so successful. But simple measures – exercising, and portion control – are the best ways to achieve the results everyone wants.

At Northern Bootcamp, we specialise in nutrition as well as exercise. We dedicate time at each camp to help people develop an understanding of the best way to cook and eat, and we lead by example by dishing up incredible meals that have everything needed to fuel an active lifestyle.