Could the triathlon bring more gold Britain's way this week? 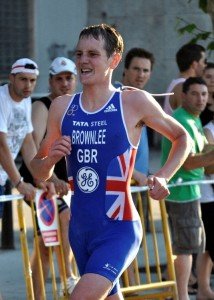 At Northern Bootcamp we’ll be glued to every second of it: we’re massive triathlon fans, both as spectators and participants. We’ve already seen an incredible rush of British medals in the first nine days of the games – and the Triathlon could bring more.

It’s a fast-growing sport in the UK, in no small part due to how well Team GB did at London 2012, claiming gold and bronze in the men’s triathlon – what is perhaps more unbelievable is that the medals were won by brothers Alistair and Jonathan Brownlee. Gold medal-winning Alistair can boast many an accolade, being a two-time ITU World Champion, a two-time ITU Mixed Team Relay world title winner, a two-time European title winner and the 2014 Commonwealth Champion. Alistair is the favourite to win this year’s triathlon outright so expectations are high for a gold again in Rio.

Younger brother Jonathan’s 2015 campaign was cut short thanks to injury, but he soon returned to the sport with podium finishes in all of the four ITU World Triathlon Series races that he featured in since. 22-year-old Gordon Benson will also be competing, clinching gold at the inaugural European Games at Baku in 2015. However, the men face tough competition from Spain, although Team GB’s hopes have been improved by the withdrawal of five-time World Champion Javier Gomez, who has pulled out of the Games with a fractured elbow.

Feeling inspired by this year’s triathlon? You should be – it’s a great representation of peak human conditioning and endurance, and the sense of achievement upon completing a triathlon is unparalleled. And that’s not even mentioning the health benefits of training for, and competing in, such a gruelling event.

At Northern Bootcamp, you can get a taste of the event for yourself – whether you’re a complete beginner trying to get in shape, or a seasoned athlete looking to improve your game. Our expert triathlon coach will develop your key skills, giving you the confidence to sign up for your first triathlon, or smash your personal best. We held two successful Triathlon Camps in 2016 and will be looking to schedule more for 2017 as soon as the season is over.